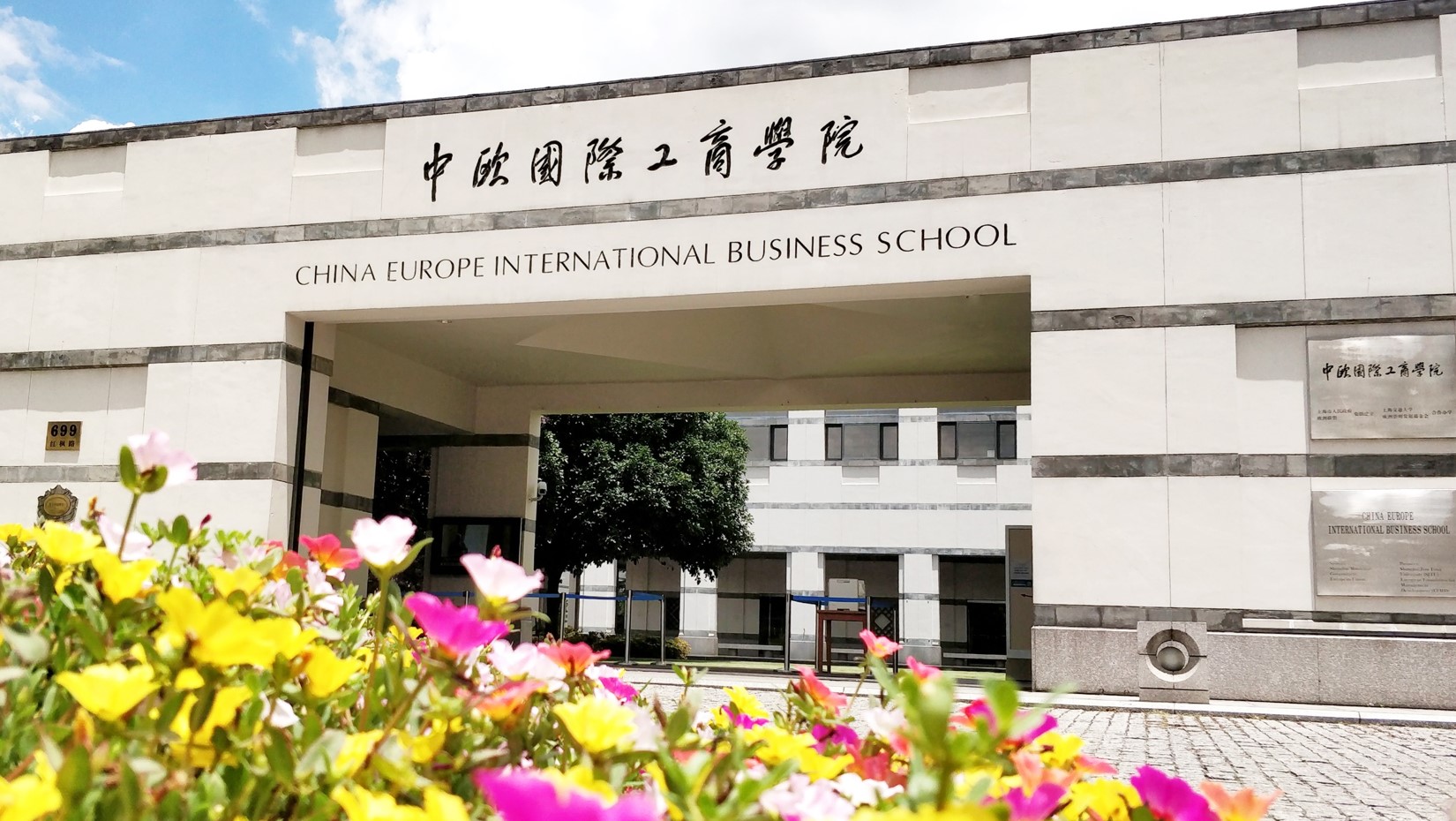 For many expats around the world who don’t plan to settle permanently in their current host nation, timing is a frequently pondered professional concern. How long is the ‘right’ amount of time to stay? When is the right time to go home or make a move to another country? And, crucially, how can you best utilise your experience of living, working and perhaps studying abroad, when it comes to seeking out a new position in different surroundings?

To take us through the ins and outs of this multi-faceted question, we brought together three CEIBS MBA alumni to share their experiences and insights. All three are high-level executives with their respective companies, and have all successfully utilised their time in China to grow their careers, following paths that have either led them back to their home country or on to new pastures. 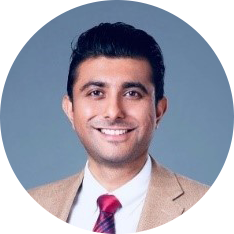 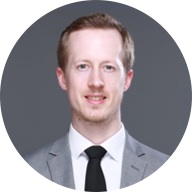 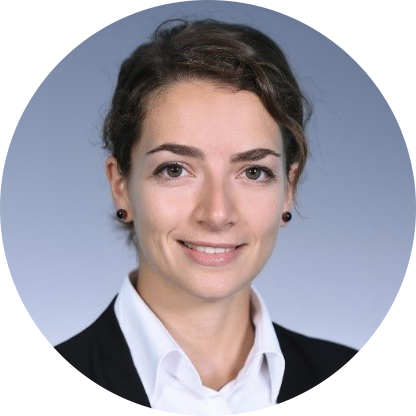 Why did you choose to come to China? And, what prompted your subsequent international move?

Sushant: I came to China without having even visited the country before. However, I knew I wanted to explore the business culture here and an MBA would help me pivot my career from consulting to HR leadership. After graduating from the CEIBS MBA programme, I worked in China for five years, four of them were with my current company, a major German pharmaceutical player. In May 2021, I decided it was the right time to switch from a region-specific role to a global role, which is why I took a position at the company’s headquarter in Germany.

Fortunately, I’m still connected to China in my current role. My experience here was, and still is, essential. If we want to pilot a new concept globally, then we must understand how it will land in one of our biggest markets.

Neil: I started my career in London as a hedge fund trader. I moved to Shanghai in 2013 because I felt China would be our generation’s big opportunity. Mostly working in investment management corporate strategy, I became fluent in Mandarin after eight and a half years in China.

The reason why I decided to move on was that I wanted to make the transition into a global role with my Chinese experience (and before I got pigeon-holed as a China expert). In many cases, it’s hard to justify why you should be hired over a Chinese national, if China expertise is the requirement.

Margherita: I started my career in China as a purchasing coordinator in the south before moving up to Beijing to work for a ceramic tiles company for about four years. China was entirely different and exciting in terms of career prospects and growth opportunities, hence its appeal. My exit from China was not planned, nor was it intentional. It was in the midst of COVID-19, right before Chinese New Year 2020. I’d bought my flight ticket back to Italy. It didn’t occur to me that when I closed the door to my apartment that I would never return! I got stuck in Italy, and couldn’t get back to China.

It took a while to find a new position in Italy. However, I decided to make the most of the new situation, and my CV, which included my years of working experience in China, Mandarin fluency and an MBA from a top-ranked business school. I found a position in Milan, but after a few months I was contacted by my pre-MBA employer with a much better offer. In my new role, I’m now responsible for the sales of Italian ceramic tiles to Asian countries, rather than being just a facilitator. 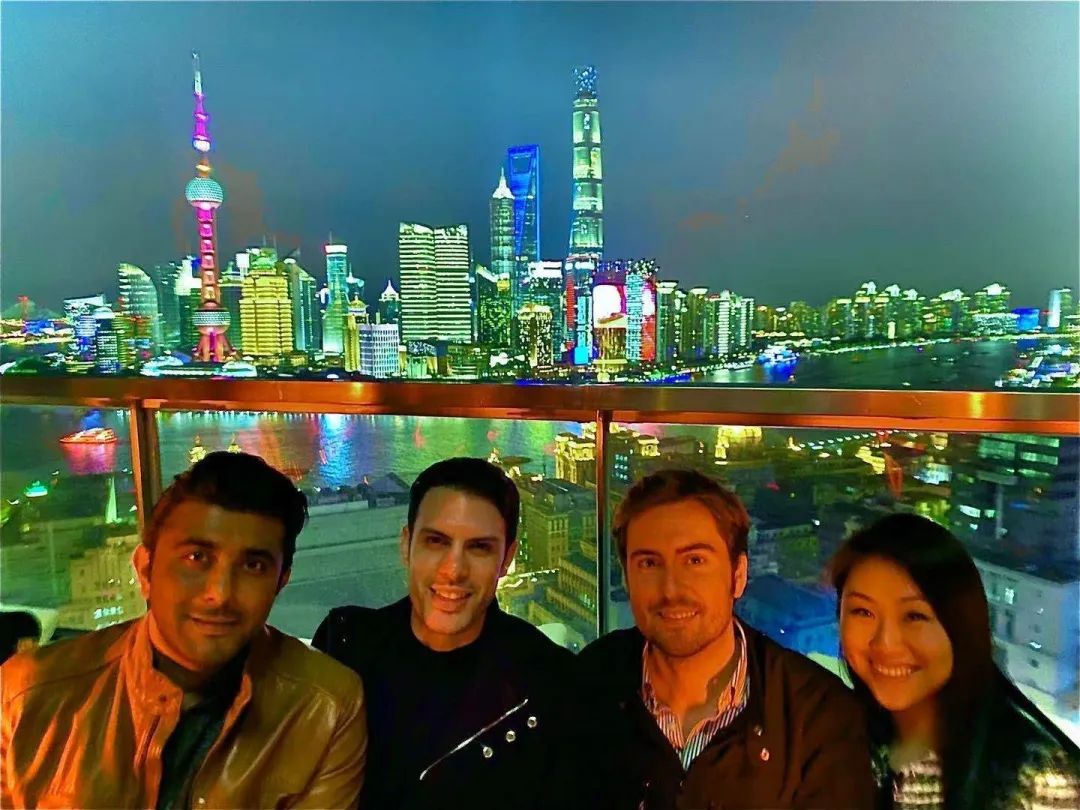 How is your China experience perceived by recruiters?

Neil: If you have China experience as a foreigner, this is invariably of interest to employers outside China. It’s still relatively rare and may become increasingly so. It always came up when I interviewed for positions and still does during coffee introductions. More importantly, companies value diversity and having tangible China experience allows you to offer a different perspective.

Margherita: Most companies eager to fully engage with China are now looking for hires with direct knowledge and experience of the country and culture. They don’t just want someone who can speak the language. My purchasing job was to harmonise the relationship between company and supplier, to smooth out communications between the two. When managing these subtle and often complex relationships, you can use key knowledge of Chinese business culture, things you simply wouldn’t know if you haven’t lived and studied there. That’s what recruiters are interested in more than ever.

Sushant: So far, almost half my career to date was in China; that’s always interesting to any organisation keen to establish itself there or looking to expand its foothold in China. They want to know your view of the business culture and what lessons can be learned or even directly applied to their own organisations. Getting my current HQ role was largely on the strength of my China experience, as the company was keen to have me feed it back into their global overview. 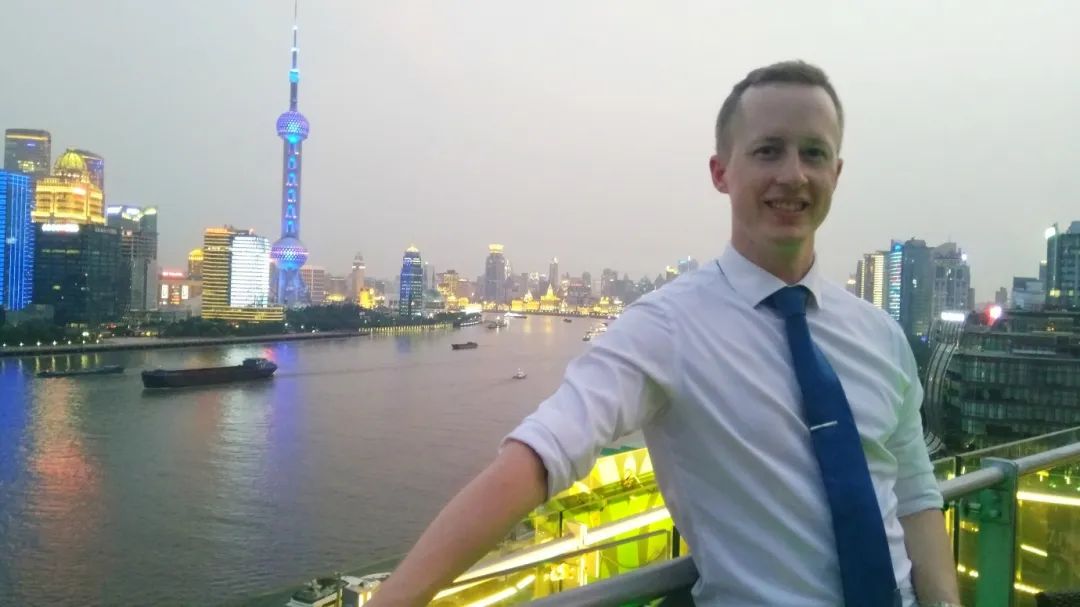 Neil poses at the Bund early on in his China career in Shanghai.

Making the next big move: What steps can you take for starting a job search from China?

Margherita: LinkedIn, LinkedIn, LinkedIn! Study how to leverage social media resources effectively – particularly LinkedIn. I learned this during my MBA, where I quickly built up my network to over 500 people during the programme. Make sure you polish your profile, too – faithfully depict who you are and what you can do. Also, post content strategically, in a manner that may resonate with suitable potential employers. Show you’re intellectually curious and broadminded in your professional interests. I recommend investing in a LinkedIn Premium account if you want to get the most from this approach. You can see who is serious about you, specifically who’s looking at your profile. This means you can reach out to potential employers more easily, giving you the inside track to your dream job.

Sushant: I moved internally with my organisation, so I was already familiar with the company and the culture. However, I was also approached by recruiters, mostly from within the Shanghai network. One great thing about China and doing an MBA here is the networking opportunities. Most of the expats here are looking to move elsewhere again at some point, so it’s great for learning and sharing strategies for seeking out and securing good job opportunities. You can build up a solid network and you’ll find that people are eager to look out for each other. I had other job offers, and they all came from connections I had built in Shanghai, either through CEIBS or other personal connections.

Neil: My strategy was to apply for 100 jobs per week because I viewed the job application as a numbers game. For every first round interview I secured, I found I needed to apply for 100 jobs. To be fair, this was during the height of the pandemic! Travel to and from China was extremely difficult or in many cases impossible, and recruitment plans were scaled back. Now that most of the world has learned to live with COVID, my advice is still to play the numbers game on LinkedIn, but also to reach out directly to people you’re interested in. Get a good idea of where you want to end up after graduation (country, industry and function) and pursue opportunities that fit this exit strategy. Be really clear with yourself. Be targeted and focused. Direct your research accordingly. Then back this up with diligence when it comes to getting your name out there.

Who is the MBA for and how does studying in China help your career?

Sushant: It’s for anyone who wants to have a better understanding of how China works. Too often, people make assumptions about an industry and business culture when looking at it from the outside. If you want to get an insider’s grasp of China, which is something you can take with you throughout the rest of your career, then I highly recommend the programme. For me, it has provided a huge step forward in my career. I was in consulting before enrolling at CEIBS, and I wanted to use the programme to help me pivot my career by getting first-hand, in-house HR experience in China. I don’t think I could have done that without coming to CEIBS.

Margherita: I was already in China when I started my MBA at CEIBS. My personal need was to understand the general business dynamics both inside and outside of China. CEIBS was perfect for this. I gained a lot of self-confidence, became more aware of myself, and challenged myself in unexpected ways. I’d say the programme is suited to anyone who wants to fully know themselves, to gain clarity not just about what you can do, but what you want to do. This is essential for growing any career, regardless of your chosen role or industry.

Neil: A lot of people are quite open-minded about their post-MBA career, so they want to explore different opportunities. In this case, you should choose a business school that boosts your existing unique selling points and helps you stand out from the crowd. In my case, I’d been in China for a while and chose CEIBS to round out my China knowledge.

Neil and Margherita share a photo with Prof. Xu Bin after completing his class on Economics

Margherita: A few years’ work experience is very useful for getting the most from an MBA, because it will help you better understand things you’ve experienced in the business world. You can see the work you’ve done from another perspective. For example, during a business ethics module, we reflected on past difficulties we had experienced with bosses or colleagues. I wouldn’t have been able to participate as fully in this exercise without actual work experience. You need to look at how an MBA will elevate your thinking, rather than as merely a qualification to pursue for its own sake.

Neil: I’ve always found that current students and alumni are open to speaking to new applicants about their CEIBS experience. There will be people who join CEIBS for the same reasons you’re thinking about applying, so it’s worth asking for their opinion. 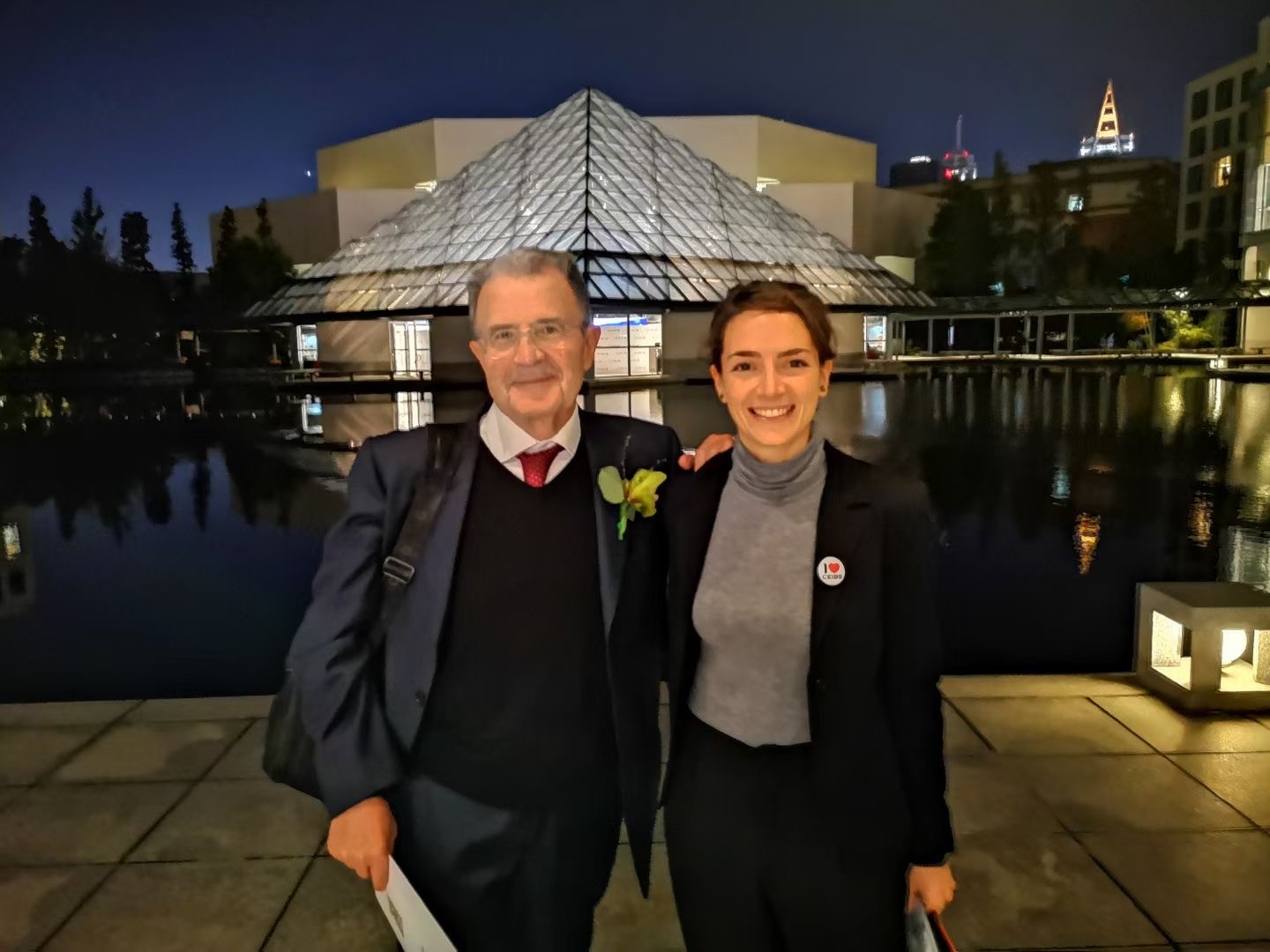