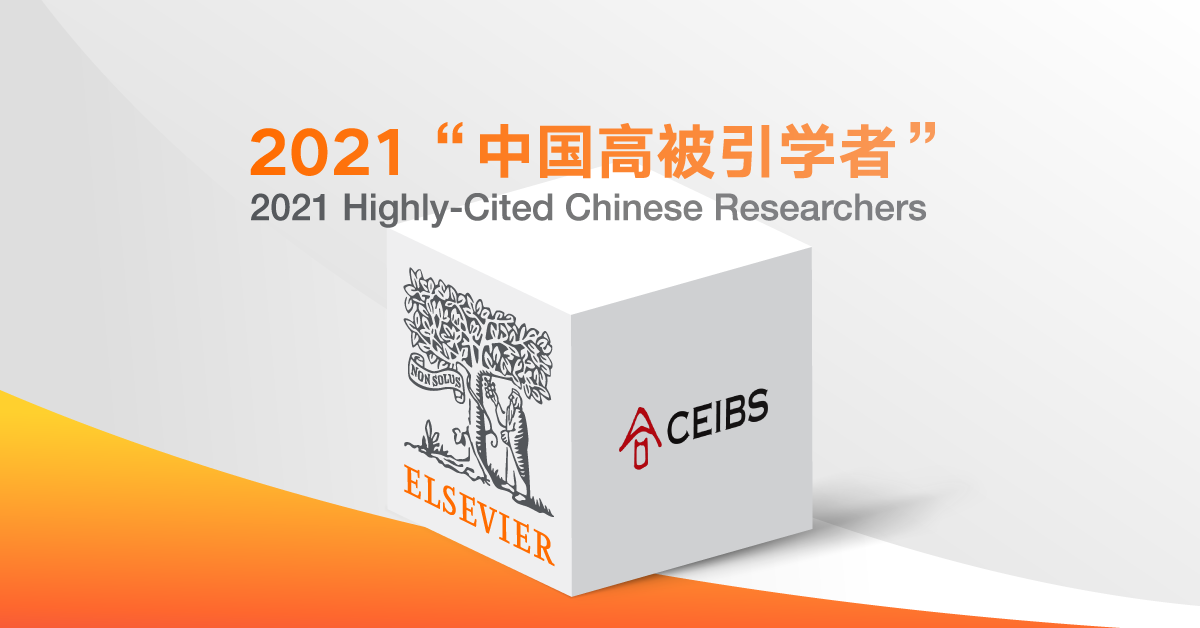 April 18, 2022. Shanghai – CEIBS has once again demonstrated its position as a leader in research after a record high 15 faculty were named to the 2021 list of Highly-Cited Chinese Researchers released by world-leading academic publisher Elsevier.

Amongst those selected, 13 faculty have been recognised for their contributions in Business Sciences – the most of any individual institution – while another two appeared on the Applied Economics list.

She added that in line with the school’s Five-year Strategic Development Plan (2021-2025), CEIBS will strive to contribute to the economic development of China and the world as a whole by further expanding its world-class faculty team, advancing interdisciplinary research, and promoting China-focused case studies.

Elsevier has released the Highly-Cited Chinese Researchers list annually since 2015. The list uses Scopus, a global authoritative citation and index database, to track the scientific research achievements of Chinese scholars. A total of 4,701 China-based scholars from 523 academic institutions across 10 different subject areas were named on the 2021 list.

Effy He and Michael Thede