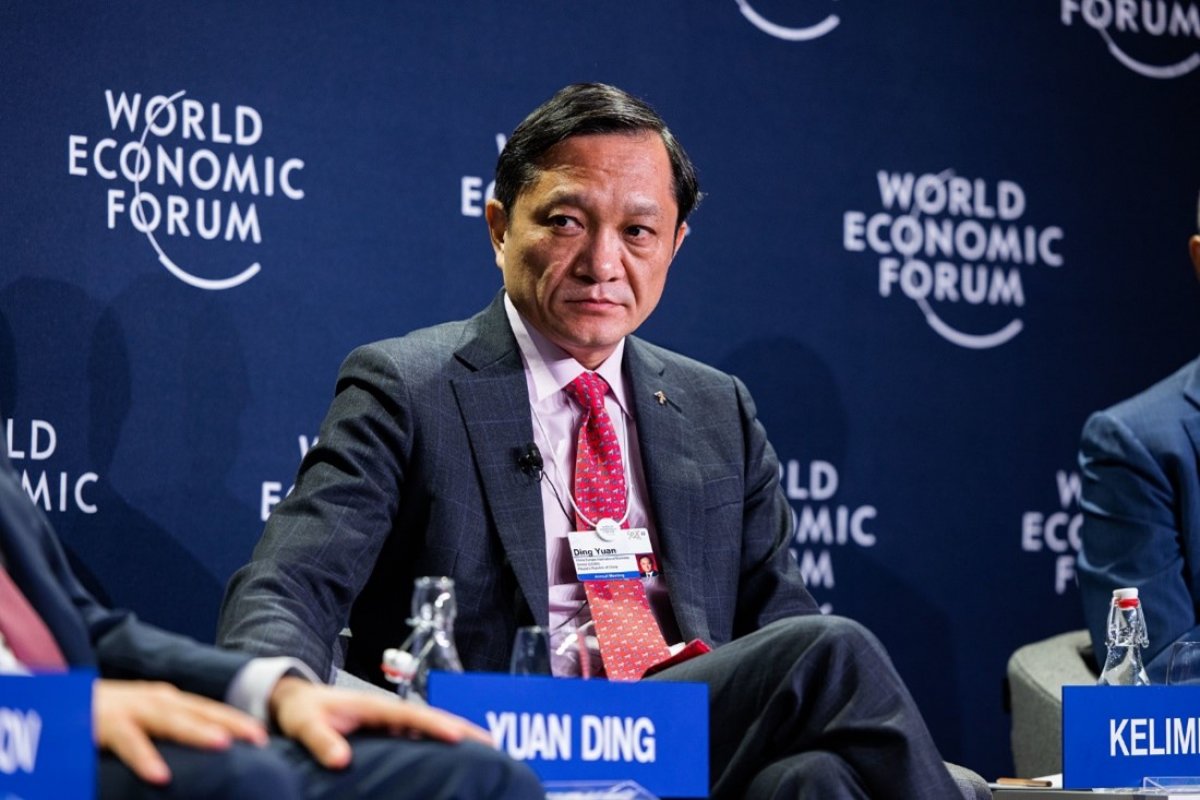 May 28, 2022. Shanghai/Davos – CEIBS was represented at the highest level this week as Vice President and Dean Ding Yuan rubbed shoulders with leading influential thinkers from around the globe and accepted interviews from the world’s top media at Davos.

Prof. Ding attended a range of meetings at the annual event hosted by the World Economic Forum, which was being held for the first time since 2020 after being cancelled last year due to the global pandemic.

According to reports, this year’s Davos line-up featured only a handful of delegates from China, which further underlined the significance of Prof. Ding’s attendance and the increasingly critical role the school plays as a bridge between China and Europe.

On the side-lines of the event, Prof. Ding talked one-on-one with some of Europe’s most influential media, including Germany’s Der Spiegel and Handelsblatt, France’s AFP and the UK’s Economist. He also accepted a TV interview from US news channel NBC.

Chinese media were also out in force at Davos, and Prof. Ding spoke with Ifeng Finance, Xinhua, South China Morning Post, Caixin, Jiemian and others.

A key highlight was Prof. Ding’s participation in a panel discussion entitled, Strategic Outlook: Eurasia, which focused on the impact of the war in Ukraine and its economic effects on Central Asia.

The panel also featured Azerbaijan’s Minister for the Economy, a senior leader from Kazakhstan’s Astana International Financial Centre, and the President of the European Bank for Reconstruction and Development.

During the panel, Prof. Ding outlined some of the key factors changing relations between China and Europe, including the collapse last year of the Comprehensive Agreement on Investments and other economic and political difficulties.

He further emphasised that the current focus of major power blocs on their own geopolitical objectives, coupled with the general disruption to global supply chains caused by war and pandemic, could create concrete economic opportunities for Central Asia states.

He also spoke on CEIBS’ willingness as the leading business school in Asia to be a part of Central Asian developments.

“We will be extremely happy to work with different countries, authorities and companies in the region to bring you some world-class management training and short and long programmes,” he told his fellow panellists.

“Whilst it is important that […] government organisations set the stage, the actors must be the business people,” he added.

Delegates at the luncheon discussed the world economic outlook, zero carbon initiatives and possible scientific and technological advancements which could help deal with risks and promote cooperation in today’s changeable environment.

Participants concluded that contact and communication are becoming more and more important in the current turbulent world, and that a positive attitude and long-term confidence are helpful to deal with short-term turbulence.

Since its inception, CEIBS has been committed to acting as a bridge between China and Europe. The school’s faculty have been active participants at the Davos forum for many years.

CEIBS’ presence in Europe was cemented with the establishment of its campus in Zurich, Switzerland in October 2015 to help promote further dialogue and co-operation.