Many residents of Switzerland may not necessarily remember the name of their current president, but you could hardly find one who does not have a Swiss Army Knife in their pocket. The brand Victorinox is closely associated with the legendary Swiss Army Knife originating in the “Swiss Officer’s and Sport Knife” created by Karl Elsener in the year 1897 (Figure 1&2). Today, Victorinox is a global company with operations in Europe, North and South America, and the Asia-Pacific region. It remains a family business run by Carl Elsener, the great-grandson of the founder. Over the course of the past 130 years, its products have been extended from the original Swiss Army Knives and cutlery to timepieces, travel gear, apparel, and fragrances (Figure 3). From simple knives to a set of diverse products, the trajectory of Victorinox is one of the examples of Switzerland’s development from tradition to modernism. 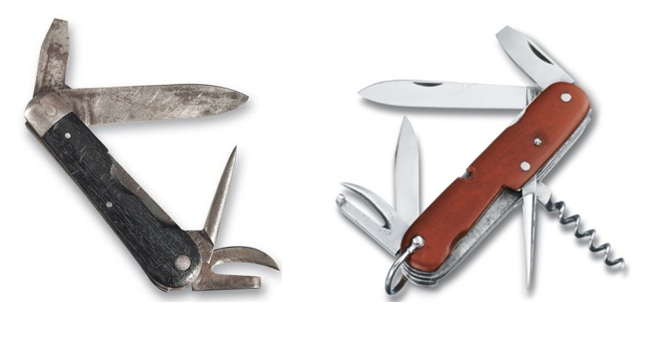 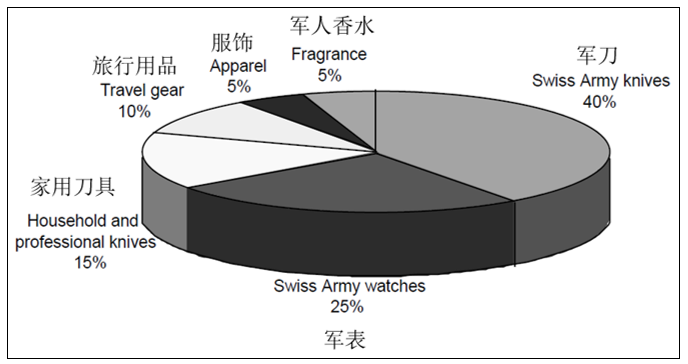 Today, Switzerland is one of the richest countries in the world, and one can hardly believe that in the 19th century the Swiss were still among the poorest people in Europe. Unemployment was high, and many young Swiss had to migrate to other regions for jobs. In 1884, 24-year-old Karl Elsener, a Swiss farmer’s son finished his apprenticeship in France and Germany and decided to return to his hometown Ibach in the German-speaking part of Switzerland. There he founded his own cutlery workshop with the clear aim of creating jobs for local people. In 1891, the first delivery of knives for Swiss army soldiers was completed. The soldier’s knives were very robust and relatively heavy. Elsener then invented the multi-functional concept, and based on this concept, he developed a lighter and more elegant knife with six practical tools for officers. He named this new pocketknife model “Officer’s and Sports Knife”. In 1897, the name “Swiss Officer’s and Sports Knife” was patented. This model later became known around the world as the “Original Swiss Army Knife”. Since then, the company has become the official supplier of knives to the Swiss Army.

In 1909 Karl Elsener started to use the Swiss symbol of the cross-embossed on a shield-shaped emblem to clearly differentiate his products from those of his competitors. A brand was born. To this day, all Victorinox products bear the same identifiable emblem. Officers in the Swiss army started buying this versatile pocket tool in stores, and very soon this innovative product became popular. Demand then came from abroad, especially after World War II, as the “Original Swiss Army Knife” was sold in the US Army garrisons in Europe, including the US Army, Navy and Air Force PX stores. Many US officers and soldiers bought it for their daily use, and it was also a favorite souvenir for them to take home from Europe.

Today, Victorinox is the largest knife manufacturer in Europe. About 28,000 Swiss Army Knives and approximately 32,000 other multi-tools leave the company daily. In addition, 60,000 household and professional knives are also produced. The “Original Swiss Army Knife” is available in 360 models with more than 100 variations and combinations. Indeed, there is always a matching tool from the Swiss Army Knife categories for nearly all kinds of professional work or free-time activities e.g., office work, hunting, camping, fishing, biking, rescue and security services, and recently even golfing. A further application of the company’s high-precision processing of steel is Victorinox cutlery, which covers a broad range of household and professional cutlery for restaurant kitchen chefs and butchers, as well as household cooks.

Victorinox exports 90% of its total production through subsidiaries and distributors in more than 100 countries on all five continents. All knives and cutlery are manufactured in Switzerland. With about 900 employees working in Ibach, of whom around 500 are involved directly in production, Victorinox is the second largest employer in Canton Schwyz after the regional administrators engaged by the Cantonal government.  How has a family company from a small village known for soldiers’ knives managed to surprise the market every year with innovations and thus stay a market leader for four generations?

“We remain true to the approach and principles set forth by the founding father: motivation of our employees, satisfaction of the customers, quality of the products, and a powerful brand. In fact, innovation is not only reflected in our products, but also in the organization. When the founder Karl Elsener received a large batch of order from Swiss Army for solders’ knives, the production faced a bottleneck for delivering. On my great-grandfather’s initiative the Swiss Master Cutlers’ Association was founded. Members of this association support each other, share tasks experiences, and grow together.”

Victorinox has experienced several severe challenges in its business history. The most recent critical period was the aftermath of 9/11 when heightened security rules made it illegal to carry knives on board airplanes. These regulations had an immediate effect on the company’s turnover, as sales of pocketknives at airports and on-board airplanes dropped to zero. Moreover, sales through corporate market channels also declined drastically because pocketknives were no longer favored as corporate gifts.

Since lay-offs were not an option for Victorinox, the company undertook several measures to deal with the over-capacity problems, such as a freeze on new hiring, encouraging employees to take advance vacations, and lending skilled workers to other local companies temporarily. This way the company was able to keep all its employees on its own payroll. Carl Elsener acknowledged that “mastering this crisis has reinforced our beliefs and as an employer, we are able to deepen the trust relationship with our employees.”

The company then diversified its products into various new lines, which continue to carry the top-quality image of the Victorinox brand and represent up to 60% of the company turnover. Today Victorinox makes a turnover of around CHF 500 million. As head of Victorinox, Carl Elsener is proud of leading an independent enterprise and producing and distributing a range of practical products in the name of tradition, quality and innovation. While revisiting the product portfolio and the growth chart of Victorinox, Carl Elsener started to ask himself: should Victorinox further invest in expanding its business scope or should the company focus on its core competence?

((Download the whole case study to read more on the role of the Elsener family in the business development of Victorinox: https://sk.sagepub.com/cases/victorinox-cultural-heritage-and-brand-innovation-a

And on what happened the next: https://sk.sagepub.com/cases/victorinox-cultural-heritage-and-brand-innovation-b)