The inaugural Global EMBA Annual Symposium was recently hosted at CEIBS Shanghai campus. The event focused on the theme of New Opportunities and Outlooks for the Chinese Economy.

During his welcome speech, CEIBS Vice President and Dean Ding Yuan noted that, throughout its history, CEIBS has played a vital role in facilitating global exchange and creating cutting-edge business knowledge.

“As we continue through this challenging pandemic period, it is even more important for us to work together to develop global solutions for global problems. This event fits with CEIBS’ existing strengths as a gateway between China and the rest of the world, and one that fosters mutual appreciation of different business cultures, strategies and market conditions,” he said. 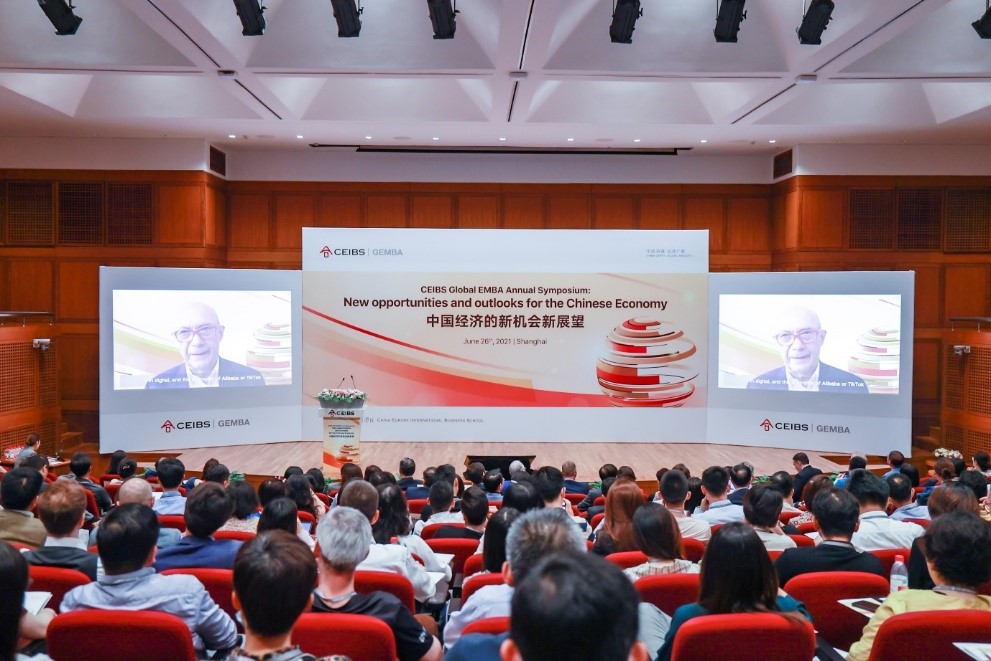 Speaking via video link, Prof. Lamy said that changing perceptions of China (which are deteriorating in ‘the West’ but improving in ‘the rest’) mean that China is well placed to tap into dynamic emerging markets, but that its ability to form meaningful, long-lasting co-operative ties with the West may be compromised.

He added that foreign companies should respond by adopting a mind-set of competing in the international marketplace with Chinese individuals and companies, rather than with the state.

Prof. Lamy also addressed the challenge of China’s aging population, which he branded “the number one long-term structural issue facing the Chinese economy.”

In response to this challenge, he emphasised that China needs to access major foreign markets in order to sustain growth in the face of reduced production and consumption. Nevertheless, Prof. Lamy said he was optimistic, given that China has much to offer in terms of emerging technologies and services. 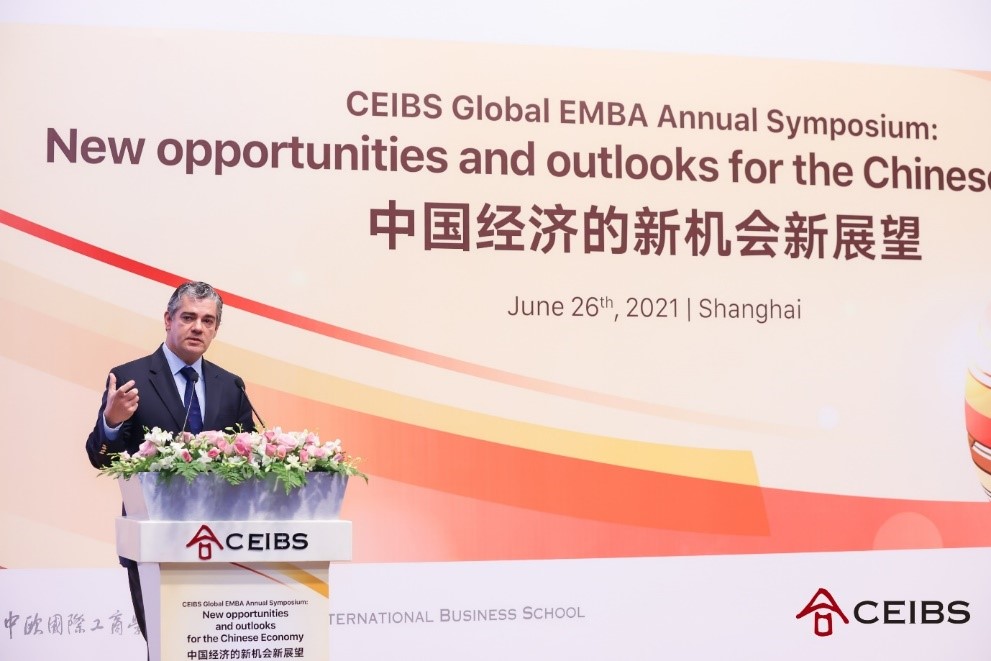 New Development Bank (NDB) President Marcos Troyjo then offered a keynote speech in which he identified a common trait amongst countries that succeed in a globalised world.

“Nations rise whenever they successfully adapt to the changing contours of globalisation. Nations who rise faster or more ambitiously are those who can anticipate globalisation trends and even shape them,” he said.

Mr. Troyjo added that globalisation has decelerated from a high point in 2008 to a stage where many of the world’s economic powers are restructuring, decoupling and strengthening their trading partnerships.

For BRICS countries, in particular, the establishment of mutually agreeable trading standards, environmental regulations and sustainable procurement will therefore be crucial for the road ahead, he explained.

At the same time, Mr. Troyjo continued, the world has moved away from dominant commodity cycles – such as coffee and gold – to a talent cycle. As such, it is important for countries to foster talent in new areas and to equip their talent pools for the changing trends of globalisation.

Innovation and the impact of COVID-19 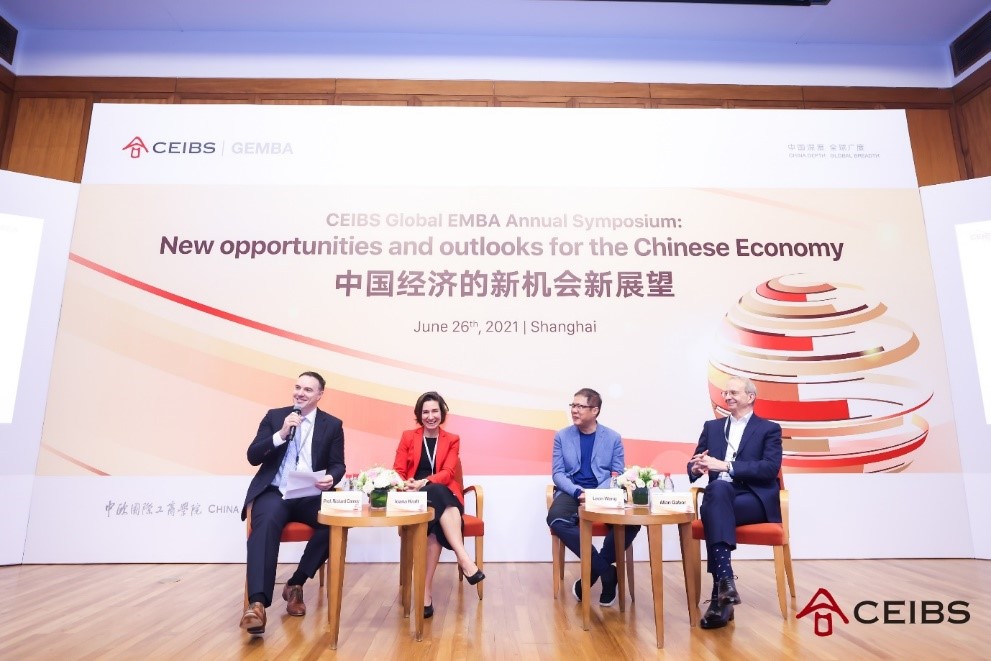 COVID-19 has, in some ways, created more opportunities for collaboration between international and Chinese companies, as business leaders have been alerted China’s ability to act quickly and decisively, the audience heard during the first panel of the event moderated by CEIBS Professor Richard Carney.

Western companies too often underestimate the speed at which their Chinese competitors can overcome technological barriers and grow to challenge them, AstraZeneca International Region Executive Vice President and China President Leon Wang said.

“There is no question that the opportunities are present in China. What international firms really need to worry about is their ability to capitalise on those opportunities fast enough,” he added.

Moreover, post-COVID China is now seen as not only a powerhouse of consumption and production, but also as an engine of innovation that can be engaged by outside collaborators, European Union Chamber of Commerce in China (EUCCC) General Manager Ioana Kraft told the audience.

In a recent EUCCC survey, she noted, 72% of respondents said they felt that Chinese firms are now as innovative as or more innovative than their international counterparts.

In closing out the panel, Merck China President Allan Gabor stated that doing business with China in a post-COVID world will require a more flexible and strategic approach, but that the intersection of the country’s technology sectors offers great opportunities.

“The pandemic has shown that solving our biggest problems requires collaboration on a wholly different scale, and whoever can think and react in this cross-sector manner is poised to benefit most,” he said.

China has proved that it is no longer just a large consumer market, Mr. Gabor said, and it now has capabilities and strategic opportunities that are on the rise.

“As such, to seize the opportunities that China can truly offer, you have to bring China into the centre of your company’s decision-making process,” he said.

“As such, to seize the opportunities that China can truly offer, you have to bring China into the centre of your company’s decision-making process,” he said.

The role of multinational companies in China 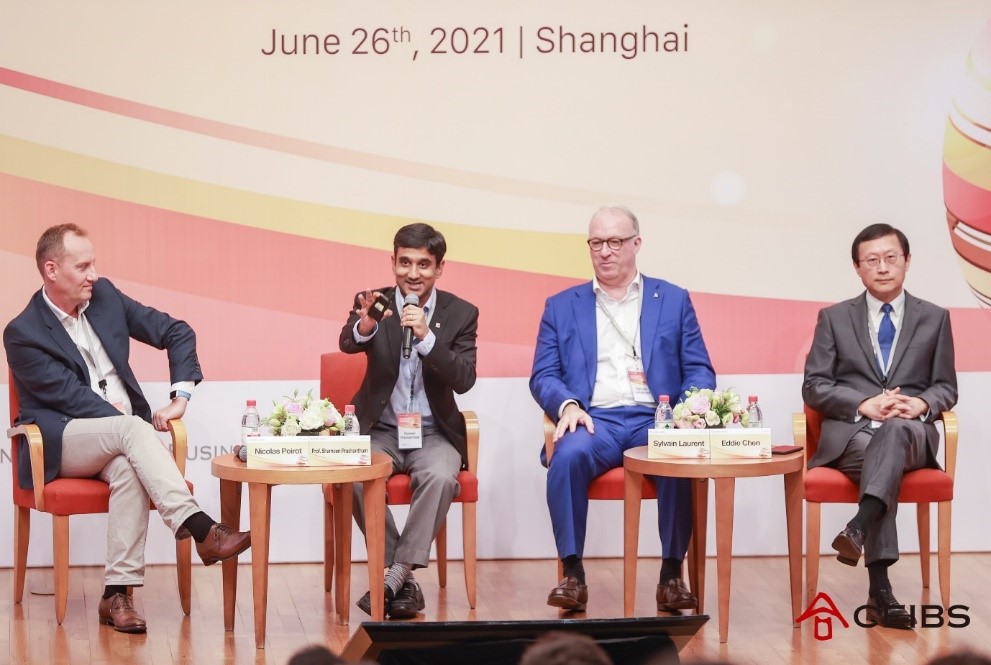 Multinational companies (MNCs) can learn from the fast pace of decision making in China, according to the second panel moderated by CEIBS Professor Shameen Prashantham.

In the West, business leaders often cling to their ideas longer than they should when they aren’t working out, Air Liquide China President and CEO Nicolas Poirot said during the discussion.

“Partnering with Chinese firms is definitely useful for helping you develop the discipline to kill bad projects quickly. This helps you avoid needless waste and learn internally by looking directly at failure and accepting it for what it is,” he said.

Dassault Systèmes Executive Vice President and Infrastructure Cities Board Chairman Sylvain Laurent added that MNCs need to be aware, for example, that sustainability is not a constraint in China, but a way to push innovation.

“We’re seeing more concrete climate targets coming through now, but more importantly we’re seeing government and big businesses looking for more ways to encourage sustainability. This is speeding up nationally and by province, so the challenge for MNCs is to be ready to keep up with the pace and find good opportunities to be a positive part of the process,” he said.

EURAZEO Managing Director / Head of China & Asia Eddie Chen also told the audience that while many companies pay lip service to the concept of China as a strategic market, only by developing a comprehensive and targeted approach to doing business in the country can MNCs hope to achieve any lasting success.

Finally, Mr. Poirot offered some important advice for maintaining effective communications between an MNC’s China office and its global headquarters.

“Don’t defend your way of doing things in China too argumentatively. Just deliver, and let the results speak for themselves. It’s best to maintain a diversity of opinion even if your view doesn’t align with that of your headquarters. It’s your job to demonstrate concretely how your strategy can work, rather than stubbornly butt heads with headquarters,” he said. 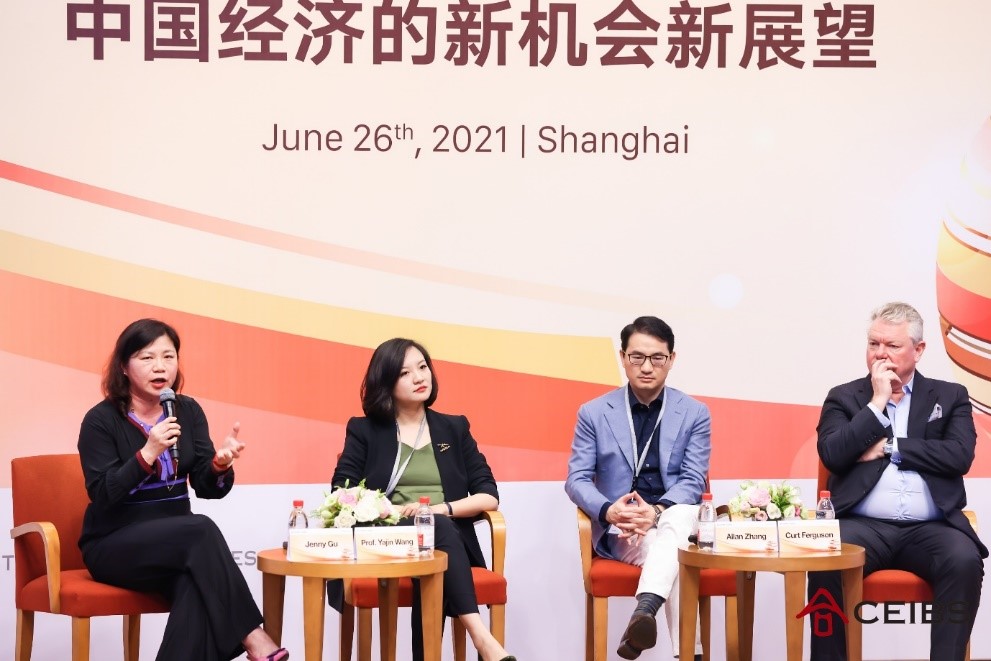 Richemont China CEO Jenny Gu told the audience that China will remain attractive for international brands who can successfully tap into the evolving mind-set of the Chinese consumer.

Shui On Management Limited Executive Director Allan Zhang added that, whether Chinese or international, brands need to be able to show they clearly understand Chinese consumers’ needs and values.

“They need to be able to show their values and ethics openly as part of their communications with their target audience. Consumers aren’t just buying things anymore, they’re buying into the deeper value embedded in the service or product. There isn’t so much of a blind acceptance of unquestioned brand appeal amongst Chinese consumers,” he said.

Ms. Gu also stated that brands need to navigate China’s growing array of digital and social platforms and present an appealing offering that is truly available anytime, anywhere and on any device.

This was echoed by former Coca-Cola President of Greater China, Korea & Mongolia and current Ventech China Venture Capital Managing Partner Curt Ferguson, who explained how coming to grips with China’s digital landscape was his biggest challenge when he arrived in the country in 2016. To compete effectively, he added, complete confidence in China’s evolving digital landscape is a prerequisite.

The event was rounded off with a special message from CEIBS President (European) Dipak Jain, who wished the school's alumni and students well and thanked them for their ongoing contributions and support.

More than 220 participants joined in the symposium at CEIBS Shanghai campus. The event, which will take place annually, serves as a platform for open and candid discussion about the factors impacting China’s international trade relations, the questions at the heart of China’s ongoing global business journey and the contextualisation of China’s rapidly evolving role in global business.