CEIBS Dean: Opportunities Galore in China for the Cross-culturally Skilled 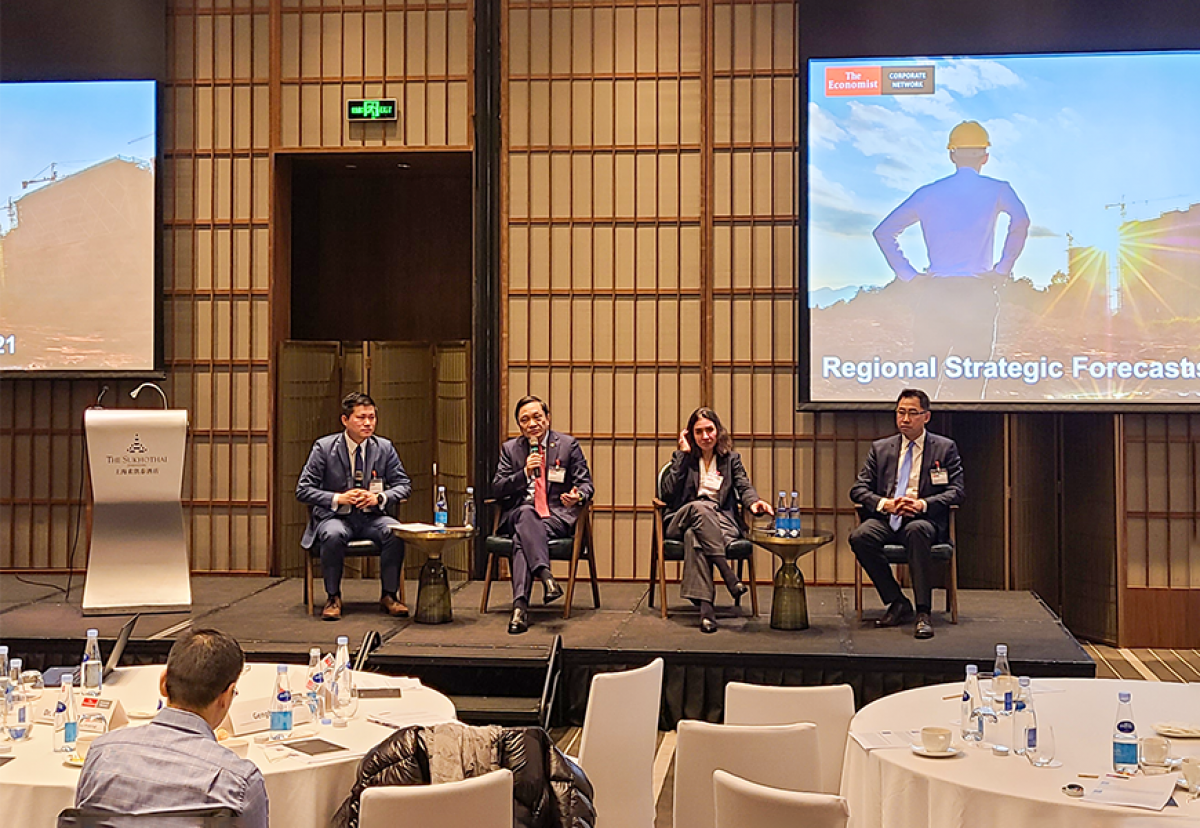 Prof. Ding made the remarks during a panel discussion focused on the effects of the pandemic, and when China and other Asian economies may expect to recover.

During the event, he also discussed the impact of the pandemic on the school, and how COVID-19 had accelerated trends which were already in place before the outbreak, including the growing need for effective international communication.

“Shanghai is the interface between China and the world. I think most foreigners here today would recognise that Shanghai is by far the most international city in China and a window for the world,” Prof. Ding said, adding, “At CEIBS we have been playing a role in this, particularly, in the field of executive education.”

Prof. Ding said CEIBS had started out by disseminating the best Western business practices and passing these on to Chinese executives, but the school’s role had shifted as China has developed.

“Nowadays, because of international interest in things such as dual circulation, and due to the growing importance of China, we are playing a different role – we are becoming an educator to the world about China,” he said, adding, “From this perspective the role of being an interface is still very important both for Shanghai, and also for CEIBS.”

“Chinese are much more aware of the outside world now, and more and more are fluent in English, but paradoxically they want to see that you are curious about their language and that you make some effort to adapt,” he said.

Foreigners who are able to master these skills may gain access to rewarding and lucrative opportunities, said Prof. Ding, citing the example of an MBA alum who became very successful as the first foreigner to join a well-known and successful Chinese firm.

“In these kinds of situations, where you may be in very unfamiliar surroundings, you can look at the glass half full or half empty,” he said, adding, “You could feel lonely or miserable, but on the other hand if you start to adapt to others then the opportunities are huge.”

“You can be in every photo of the company when they want to show their diversity, and you can be the bridge between China and the world – it’s really up to you to take that different attitude,” he added.

Prof. Ding said foreign talent also had a huge advantage with their international backgrounds because many Chinese companies are going global.

“Just imagine the career progress you can make with a growing Chinese company because you are one of the only talents who are reliable and available for them to help with international expansion,” he said.

Similarly, western companies with a presence in China were also learning, Prof. Ding said, referring to the example of German firms in the first quarter of last year. Some such firms mitigated the impact of the coronavirus, due to continuous communication with their Chinese offices who were around two months ahead on pandemic prevention and management best practice.