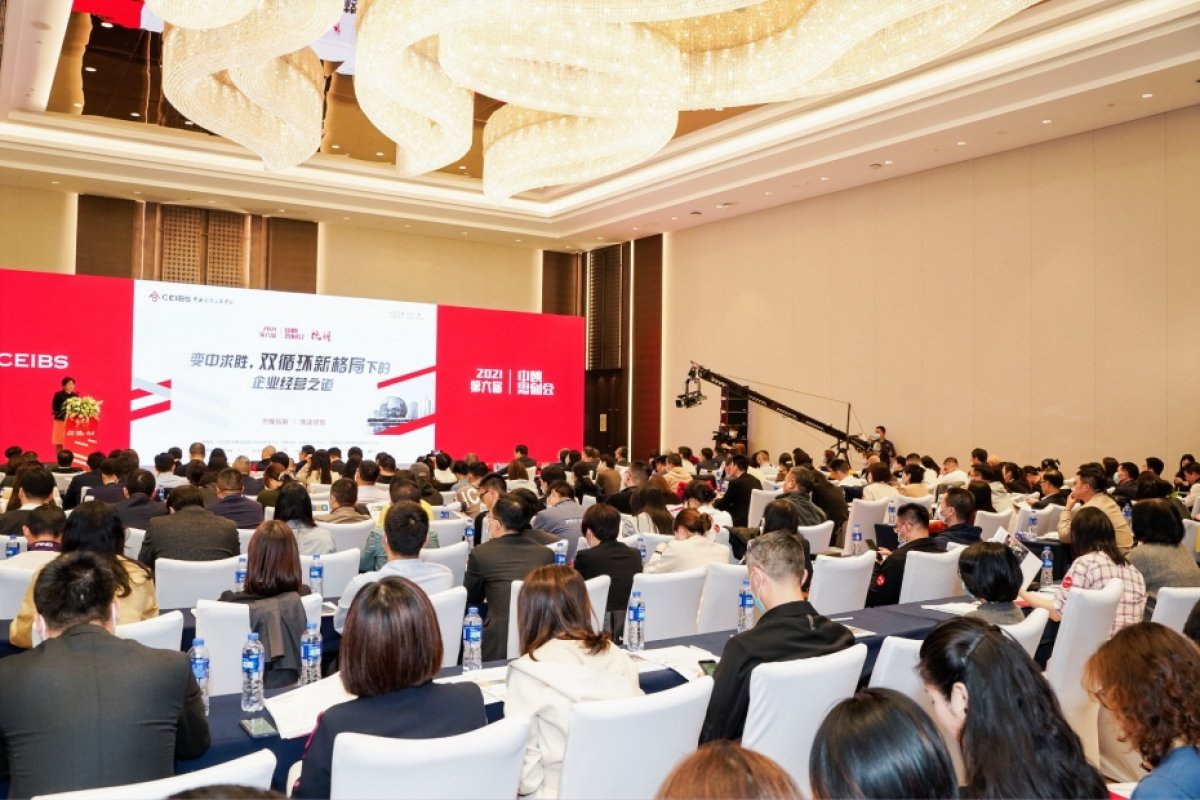 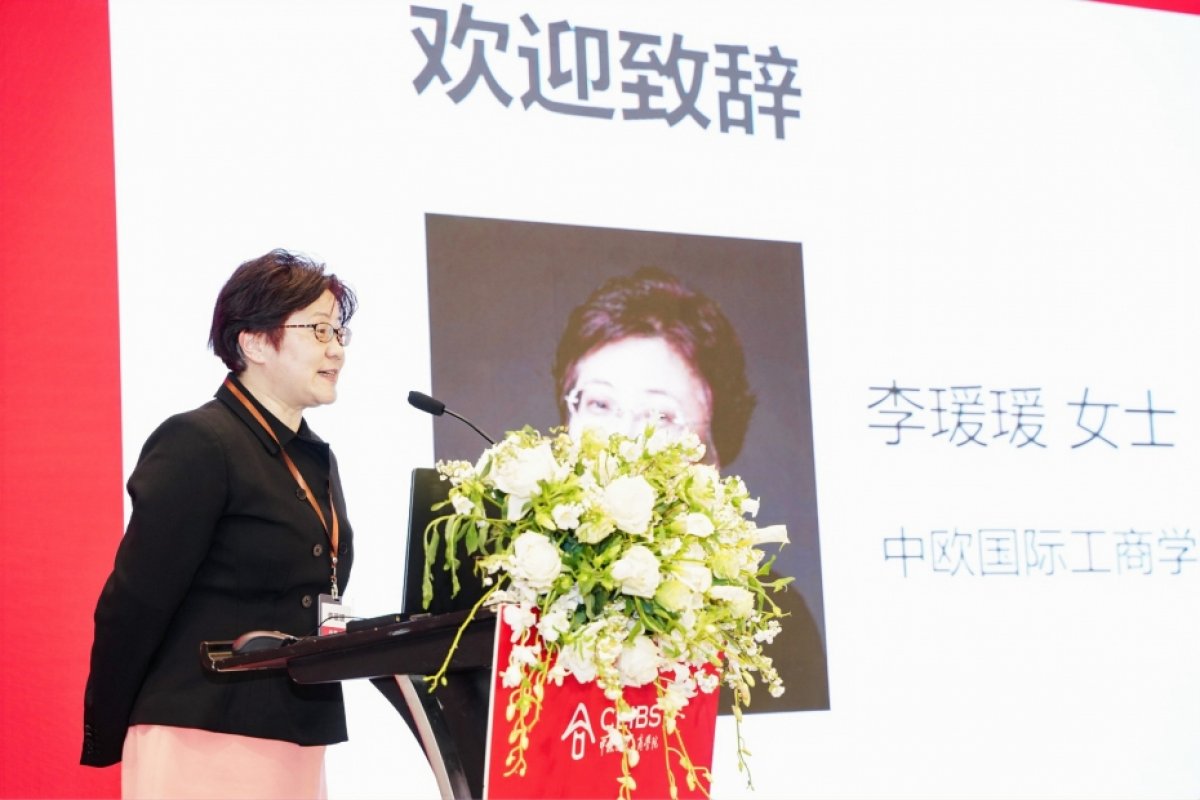 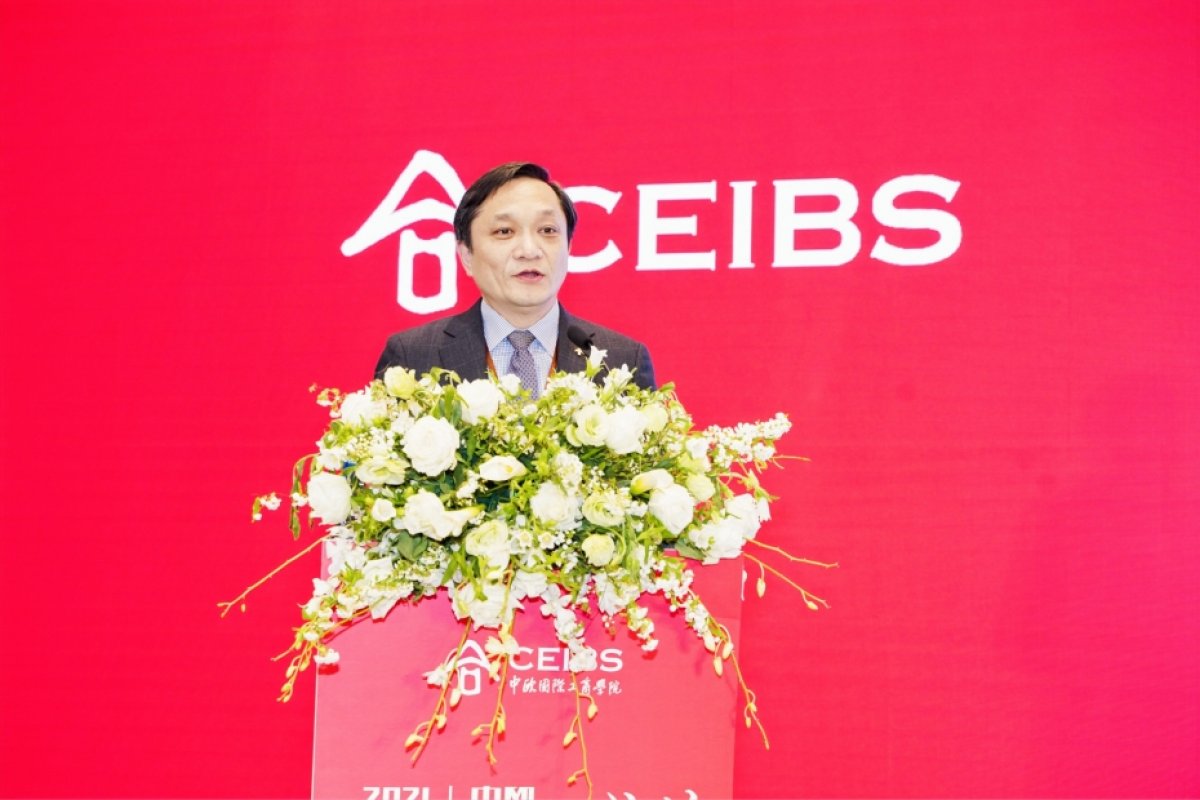 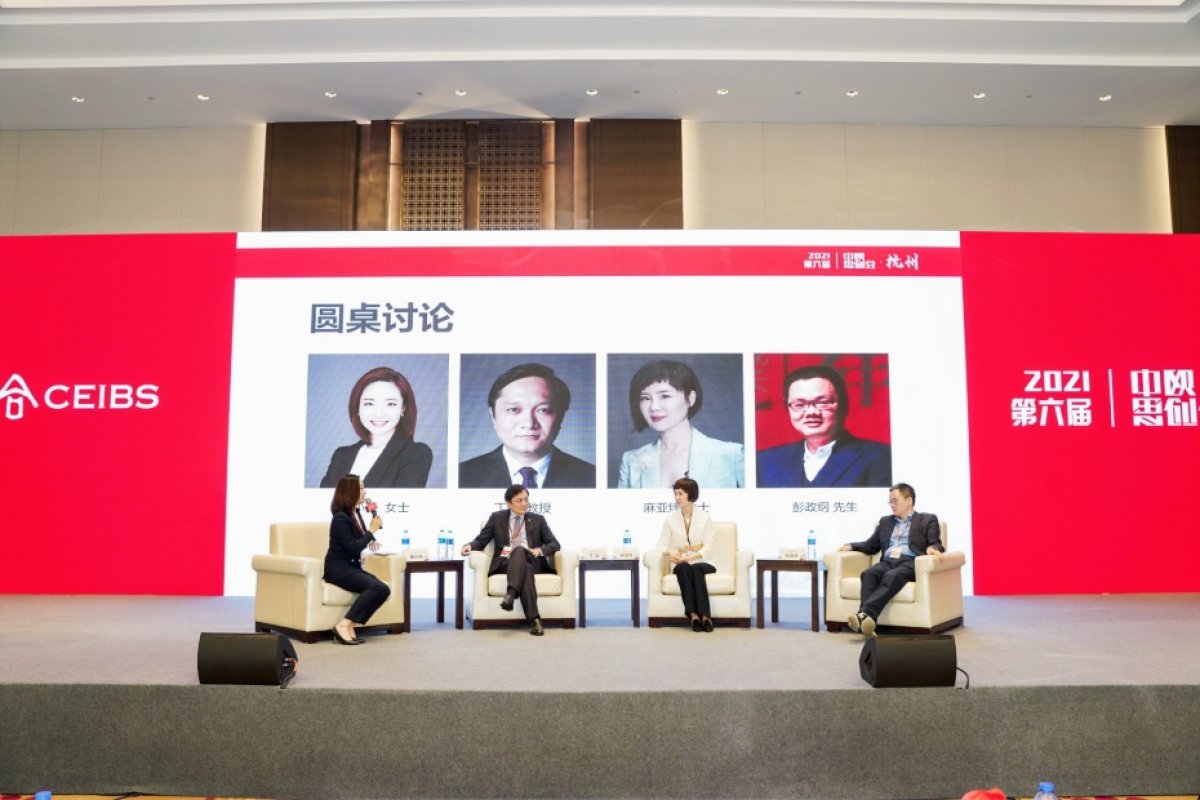 April 16, 2021. Hangzhou – The first stop on the CEIBS 2021 Innovation Forum series kicked off in Hangzhou today, focusing on the theme of how organisations can achieve success under the current ‘dual circulation’ pattern. Co-organised by the Zhejiang chapter of the CEIBS Alumni Association, the Hangzhou event was attended by representatives from CEIBS leadership and more than 200 entrepreneurs from Zhejiang province.

CEIBS Assistant President & Director of the President’s Office Yvonne Li delivered a welcome speech to the audience. She noted that CEIBS has nearly 1,300 alumni in Zhejiang, many of whom have made positive contributions to the region’s economic development. She also applauded the community’s entrepreneurship and spirit of innovation and diligence.

It is widely recognised that China has entered a new phase of dual circulation in the post-pandemic period; how to embrace the current volatile domestic/global market and achieve success has become a major challenge for many organisations. In addressing this challenge, CEIBS Vice President and Dean Ding Yuan pointed out that under the current dual circulation pattern, the importance of an export-oriented economy remains, but the domestic consumer market and service industry market will be the main sources of China’s future economic growth.

During the round-table discussion session which followed the speeches, participants discussed whether organisations need to upgrade their mind-sets, services and products in order to keep ahead while remaining on the track of high-quality development. In the end, they concluded that organisations should also strive to introduce international talent and shoulder social responsibility to create win-win situations.

Now in its sixth year, the CEIBS Innovation Forum series is aimed at disseminating the school’s management knowledge and to make intellectual contributions to social and economic development. This year’s series will also make stops in Taiyuan, Hefei, Liuzhou, Xi'an, Wuhan and Zhuhai.